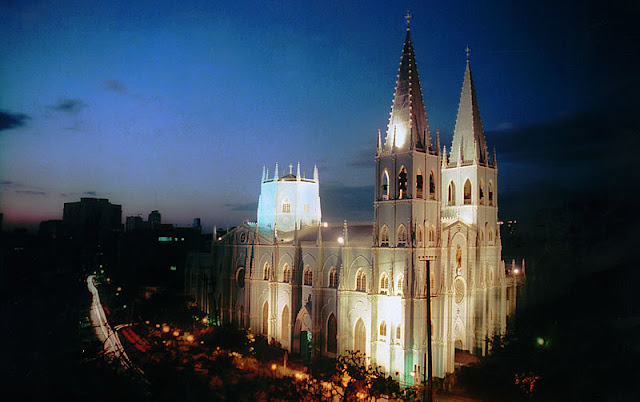 The Minor Basilica of San Sebastian in Manila, Philippines was completed in 1891. A Gothic Revival building, it is the only steel building church in the Philippines. In the 1880s, after an earthquake had ruined the previous church, Fr. Esteban Martínez approached Spanish Architect Genaro Palacios to build a church that will withstand the earthquakes. Palacios planned to build a fire and earthquake-resistant structure made entirely of steel. 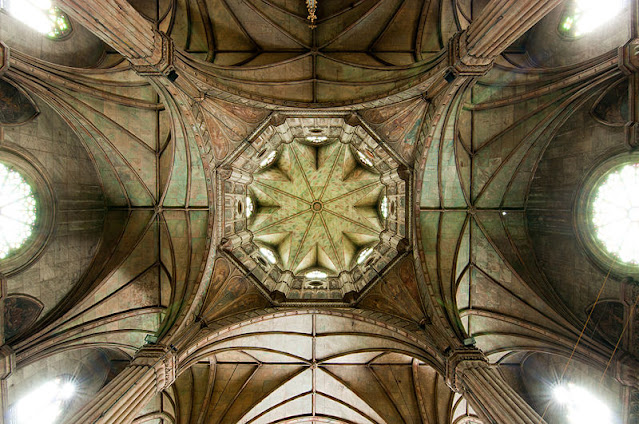 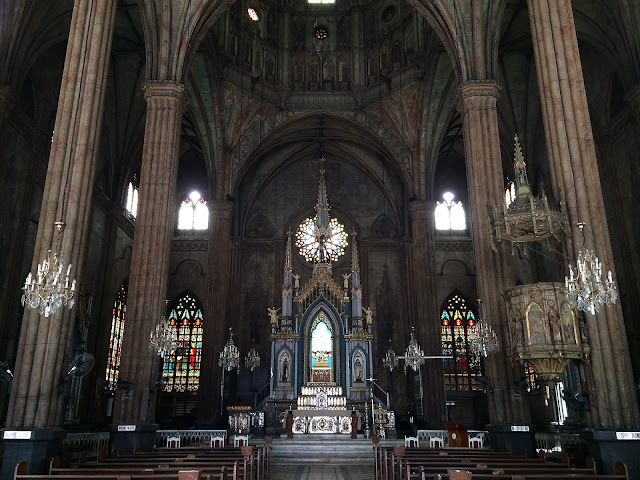 Belgian engineers supervised the assembly of the church, the first column of which was erected on September 11, 1890. The stained glass windows were imported from the Heinrich Oidtmann Company, a German stained glass firm, while local artisans assisted in applying the finishing touches.
San Sebastian Basilica was declared a National Historical Landmark by President Ferdinand Marcos through Presidential Decree No. 260 on August 1, 1973. It was declared a National Cultural Treasure by the National Museum of the Philippines on August 15, 2011.
First photograph by Asolrac1, distributed under a CC BY-SA 3.0 license. Second photograph by Marksy, distributed under a CC BY-SA 3.0 license. Third photograph by Ivan Henares.
Labels: Church Metro Manila National Cultural Treasure National Historical Landmark