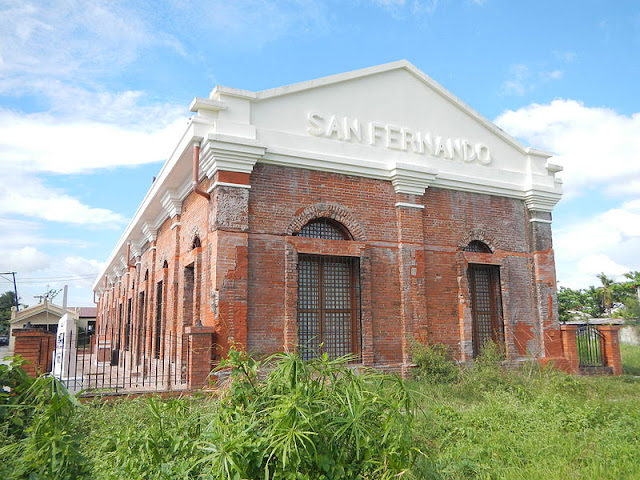 The San Fernando Train Station in San Fernando, Pampanga was among the original stations of the Ferrocarril de Manila-Dagupan. It was inaugurated by Governor-General Eulogio Despujol and Bernardino Nozaleda, the Archbishop of Manila, on February 23, 1892. Later that year, José Rizal disembarked from the station as part of efforts to promote La Liga Filipina.
In April 1942, the station served as the ending point for the 102-kilometer Bataan Death March. From there, Filipino and American prisoners-of-war were brought by train car to Capas, Tarlac en route to Camp O'Donnell.
After the North Main Line ceased operations, the station fell into disrepair. The City Government of San Fernando, Pampanga signed an agreement with the Philippine National Railways to allow the LGU to manage and rehabilitate the station.
First photograph by Ramon Velasquez, distributed under a CC BY-SA 3.0 license.
Labels: Pampanga Railway Train Station