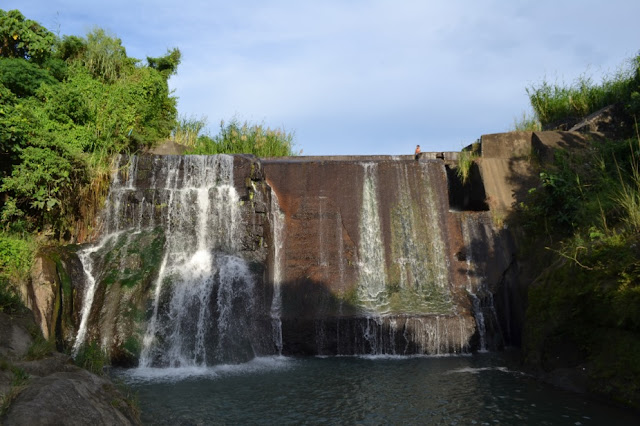 In Laguna, an 1824 map of the Biñan and Santa Rosa hacienda indicates six dams on Biñan’s Estero de San Antonio and one on the Caloboso River. Of these six dams, one is a major one while the others are of the salaan type. At least half of these dams still exist and only two are operational. These are the Presa de Calaboso (now referred to as Timbao Dam) in Barangay Timbao and a smaller one on its irrigation canal.

This dam in Timbao still serves the fields of barangays Loma, Zapote, Mamplasan, Langkiwa, Santo Tomas, and Bungahan. Its water is still clean and clear compared to those in Cavite. Another dam still exists in Barangay Soro-soro but no longer functions. Same with the Salang Bago in neigboring Santa Rosa which also used to have "Presa de Santa Rosa" on the Tripa de Gallina River. The only existing and working Spanish Colonial dam in this city is the Macabling Dam in Barangay Macabling.

It is also important to note that water distribution for each farmer before at least in Biñan and Santa Rosa was being done through the coded sound of a tambuli. The cabecilla (water distributor) would blow the tambuli on different rhythms according to the assigned rhythms for each farmer. Thus, when a farmer noticed that his rhythm is the one being harped upon, he would block the sangha for the water to be diverted to his rice field. This process was repeated until all farmers get their share of water.


In Calamba, the Dominicans had a dam across the San Cristobal River renovated in 1884. The dam which still stands up to this day has spill gates and an irrigation tunnel which empties into the irrigation canal on the other side of the South Luzon Expressway in the Mamatid area of Calamba.

This structure is also called Campana, because according to local folklore, a golden bell stolen by the tulisanes (bandits) was dropped into the dam during a chase with authorities and that bell was said to ring before when there is rain. And when it rings, it is believed that all of the pregnant women in the community would lose their unborn babies.


Another dam in Calamba which was built by the Jesuits between 1759 until their expulsion in 1768 is the San Juan Dam on San Juan River between barangays Prinza and Real. This structure is structurally significant. It has a canal carved out of the adobe riverbank which has a buttressed adobe wall measuring approximately 30 meters. Four of five buttresses of the canal still exist.

Dam construction
In the construction of the dams and related structures, first a site is chosen. Builders would sometimes choose a site where two to three rivers meet to maximize water storage such as in the Dasmariñas and Hasaan dams in Dasmariñas, Molino Dam in Bacoor, Matanda and Tres Cruces dams in Tanza, and the San Cristobal Dam in Calamba. Then depressions would be dug out of the riverbed to serve as the foundation of the structure. Rocks would then be poured into the depression followed by the palaman (fillings) supported by pegs most possibly of wood posts. Normally, a diversion canal or tunnel was constructed prior to the building of a dam to divert the flow of water.
Aside from the adobe blocks which were sourced from the riverbanks – at least for Cavite and Laguna – bricks were also used, most often as a paningit (inserts) between pieces of cut stone. Exceptionally, Matanda Dam in Tanza is the only one to have adobe, bricks of different sizes and shapes, river stones, and piedra china (granite) as construction materials.

Irrigation system
The irrigation of lands starts at the headwaters of various river systems in the provinces of Cavite and Laguna specifically in the area of Silang and Indang. This is same with other dam sites in the country where the headwaters are located upstream, normally in the mountains or the higher portions of the area.

In Tanza, a salaan is called timbawan from the root word timbaw which means something that is added to balance the scale which could indicate it as a structure where the water is raised and fairly distributed to two sanghang maliit it serves.

The word could also mean “high” in a broader sense. Thus, this is the place where water would rise when blocked for it to be diverted into the sanghang maliit. A place in Biñan called Timbao was possibly named as such since it is located on the higher part of the town called Loma de Calaboso.
This article is taken from an abridged version of the Edgar Allan Sembrano’s Master of Arts in Cultural Heritage Studies thesis at the University of Santo Tomas Graduate School entitled “Presa: A Preliminary Documentation on Spanish Colonial Dams in the Provinces of Cavite and Laguna, 1745-1898.”
Labels: Dams Irrigation Laguna Plantation Water System 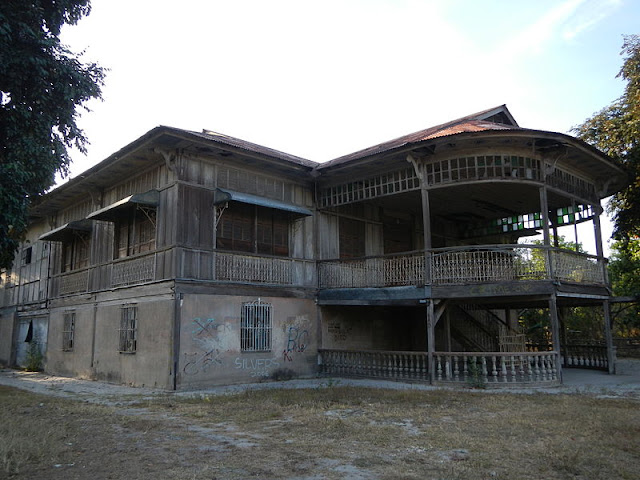