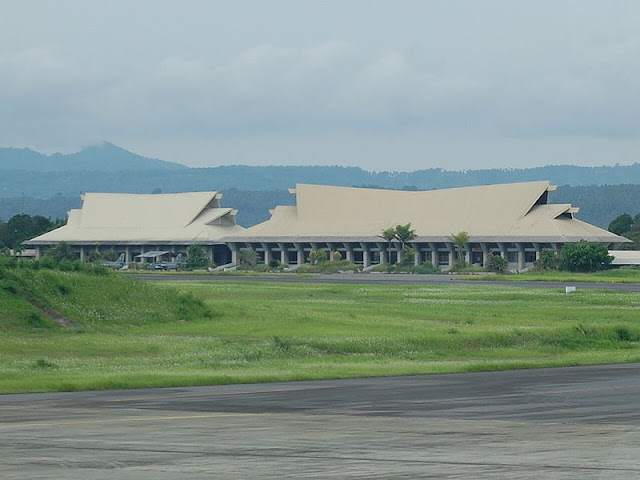 The former Davao International Airport terminal was designed by National Artist for Architecure Leandro V. Locsin. It was constructed in 1980 and was in use until 2003. The airport began operations in the 1940s as a result of a land donation by Don Francisco Bangoy. It was then a 1,200-meter unpaved grass runway and with Quonset huts serving as terminal buildings. By 1959, the complex consisted of a small control tower and several low-rise buildings, before the Locsin-designed terminal was constructed and opened.
Photograph by George Parilla, distributed under a CC BY-SA 2.0 license.
Labels: Airport Davao City Leandro Locsin